By Christina ChambersMay 19, 2022No Comments

SDCE has introduced PVC Sensor Film into its extensive offer of consumables, widening its industry appeal to the protective clothing sector. The sensor film – which is an essential consumable for testing to BS EN ISO Standard 9185:2007 – will enable testing professionals to assess the resistance of their materials to molten metal splash in line with international safety standards.

PVC Sensor Film acts as a skin simulant, sitting underneath the testing sample during an application of molten metal. The resulting damage to the PVC mimics the potential damage to human skin, providing a vital insight for the niche protective clothing sector into the effectiveness of their protective materials.

The launch comes after SDCE was approached by industry professionals seeking a new supplier for PVC film. Recognising the synergy between the skin simulant and its existing range of testing consumables, the industry’s leading supplier of textile testing consumables was well-placed to fulfil industry demand for the product. The move into safety and protective textile testing does however represent a diversification for SDCE, whose existing consumables focus primarily on the quality control of textiles through physical, colour fastness and light fastness test procedures.

Testing professionals in the sector have welcomed the launch, which fills a very real gap in the testing market. “I would like to stress that the skin simulant is critical for the test method, but also for notified bodies (in the EU) and other labs (outside the EU) to certify compliance for heat and flame industrial garments,” says chair of the ISO/TC 94/SC13 “Protective clothing” Eric van Wely, who is also global regulatory affairs and standards manager at DuPont Personal Protection. “I have been made aware of the issues since 2019, and it has been difficult to find a supplier and then a potential distributor for the labs.”

For those carrying out the tests, SDCE’s position as a trusted and established supplier of testing consumables provides reassurance that the product will be consistent and reliable.

“It was important to find a supplier capable of supplying all the laboratories with an identical PVC heat sensor in order to limit the dispersion of results between laboratories,” says Cédric Rossard, responsable laboratoire for the Institut Français du Textile et de l’Habillement, whose facility tests to ISO 9185. “Although we do still have some PVC from our previous supplier, this is an essential element of the test.”

Other professionals meanwhile praised SDCE’s fast response in getting the product to market, despite its niche nature.

“There was some misconception in the non-urgent nature of this material – in reality, some labs really needed this material very urgently,” says Inge de Witte PhD, certification manager at Centexbel, Belgium. “Although the amount of material needed worldwide is not that large, the importance of the material is all the more. SDCE’s PVC Sensor film will become the essential  reference material in in all molten metal testing labs, and we can only emphasise again how important it was that this product was launched.”

SDCE’s PVC film is available in multiples of 10 metres and, in line with the supplier’s entire range of consumables, will be supported by certificates of conformity which can be downloaded here. For sales enquiries, contact entsales@sdcenterprises.co.uk 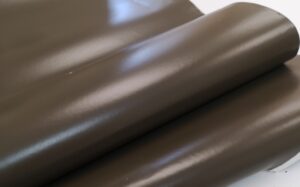 Part of the SDCE Group